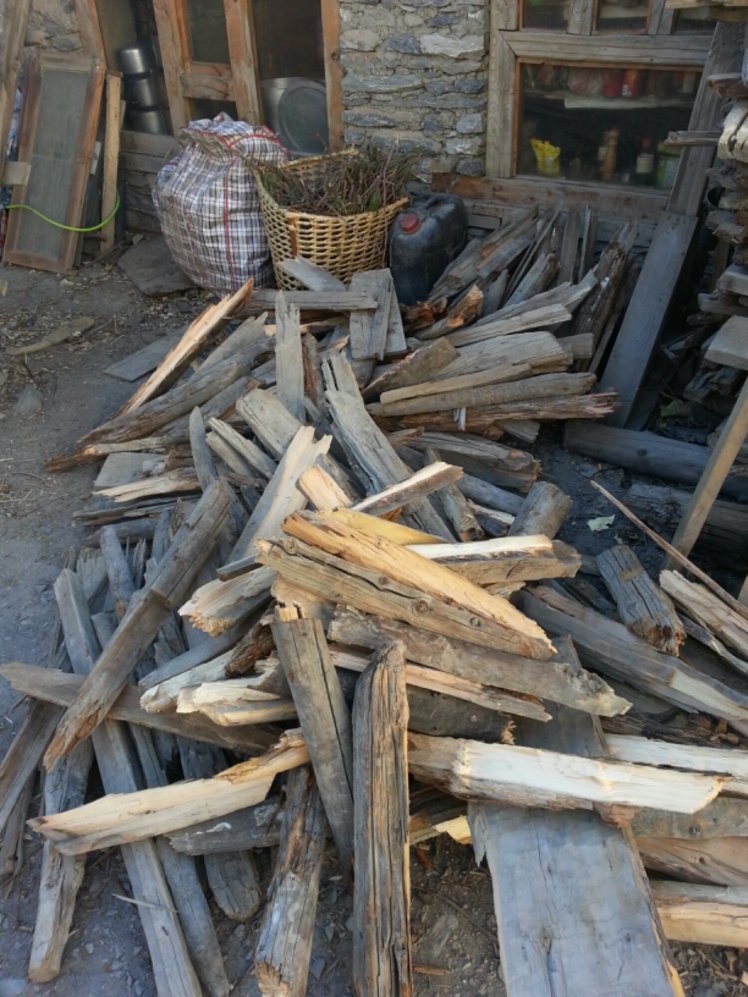 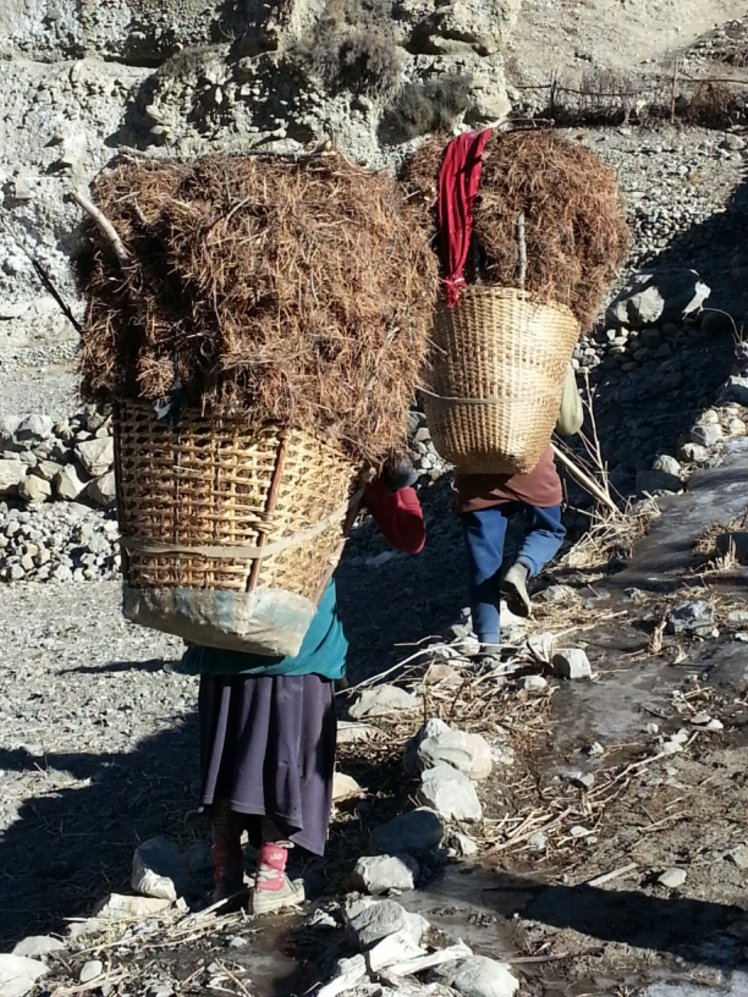 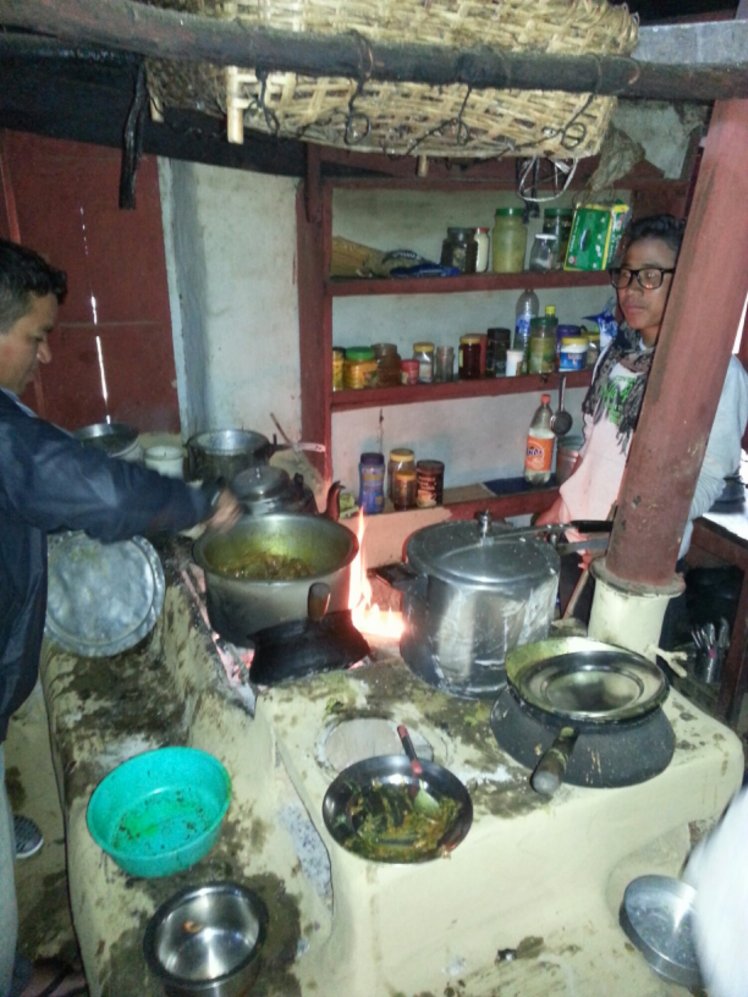 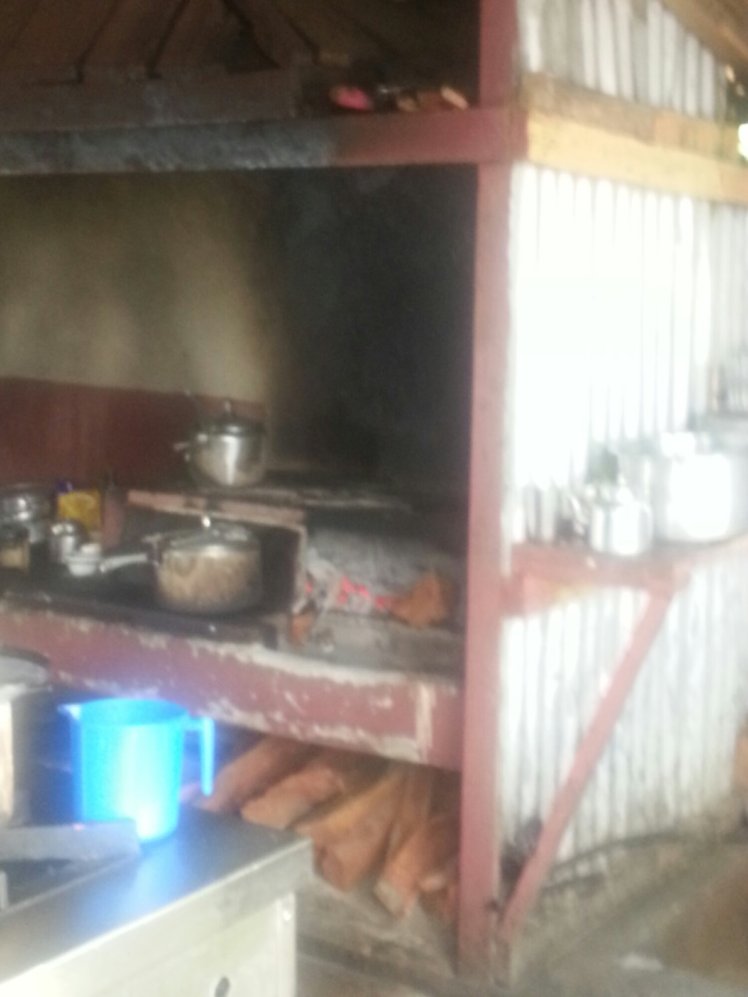 In most of Nepal, wood is the main source of heat. It is used to cook, to warm houses and to warm water for showers. The kitchen photo is one of our porters cooking. I’ll add other photos from camera later.

We saw Nepalese collecting and carrying wood. The loads they carried were unbelievable.  There was also stacks of wood near every home.

We only had hot showers when there was solar heaters or electric heaters. We also bundled up while sitting in dinning rooms.

There is a major concern about deforestation. I would like to learn why hydro-electric power hasn’t been implemented as there are so many waterfalls and the rivers flow so fast. I imagine it is due to cost.