In November before an in-service training session (IST), I had the opportunity to attend the ballet in Moldova.  I along with several other volunteers attended the Ballet at the Teatrul Naţional de Operă şi Balet “Maria Bieșu” din Republica Moldova.  We saw “Frumoasa din pădurea Adormită” (Sleeping Beauty). It was a beautiful theater and a very well performed show.   The National Ballet was formed in 1957 during the Soviet occupation and has a tradition of performing classics as well as modern performances. ( Read more about it’s history)  The National Opera was also formed during that time period .  The calendar for the performances changes every few weeks; it is exciting to see the names of so many famous ballets and operas instead of just one every few months. I look forward to going back and hearing an Opera or two. 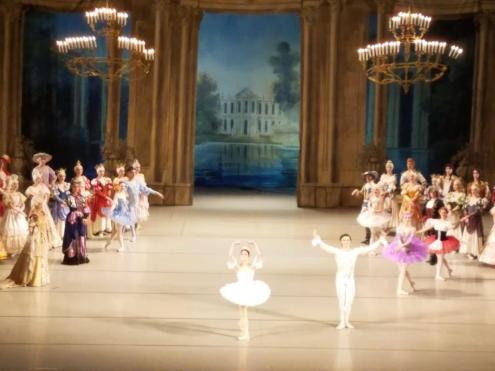 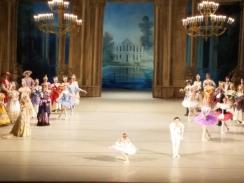